What Can We Learn From 300 Years Of Financial Advice?

As anyone who has visited Edinburgh will know, the city is not short of meandering closes and hidden gems in unlikely places. I recently uncovered another: the whimsically named Library of Mistakes. Nestled in Edinburgh’s New Town, it’s a modest place with big ambitions: “to change the world, one mistake at a time”. The library houses and promotes financial history, and its founders (who include several Edinburgh asset managers) hope that studying past errors will improve our collective understanding of finance today.

Wemyss Place Mews, home to the Library of Mistakes

The Library of Mistakes recently unveiled the History of Financial Advice project, funded by the Arts and Humanities Research Council. In the words of the researchers – academics in literature and the humanities – “we’ve read 1000 books over 300 years, so you don’t have to”. As of now, 100 of the most influential volumes are available at the library, a cosy space that’s open to the public. So what did the researchers find out?

Firstly – and this won’t come as a surprise to some – they found little empirical evidence that the financial advice proffered in these tomes actually works. Despite that, readers are beguiled – and have been for centuries. The earliest book giving investment advice was Every Man His Own Broker by Thomas Mortimer, published in 1761. This book (which also introduced us in print to the terms ‘bull’ and ‘bear’), offered “a promise that a secret world will be laid out for the reader. All they have to do is buy the book.”

In the early 20th century, Studies in Tape Reading by Rollo Tape (a pseudonym, unsurprisingly) promised to teach the public how to ‘read’ ticker tape. It became the cult classic of financial writing. Later, Security Analysis by Graham and Dodd – a preferred read of Warren Buffett’s – became a canon text for the fundamentals-driven investor. Meanwhile, readers who thought that investing based on technical drivers was a better bet favoured Technical Analysis of Stock Trends.

Who reads this stuff?

The target readership of investment advice books has also changed over time. In the 1880s, the intended reader was probably a young clerk on the make – someone who wanted to circumvent an arduous slog to success. In the 1980s, this sort of writing was pitched at men on the political right. Investing as an activity was historically framed as a masculine occupation. And although women have been present and active in markets (investing since the time of the South Sea bubble), financial-advice literature as a genre has only recently begun addressing women directly. The dismissive tone of some early works (“Women make poor speculators”) has been superseded by books that actively target women. While that’s progress, some of these works sound more persuasive than others. One book in the library’s collection is Get in the Game!: The Girls’ Guide to Money & Investing (2001). It exhorts women to pack “adventure backpacks: one for emergencies, another for retirement and a third for dreams”.

Get rich quick. Or not.

Over the years, anecdotes of success fanned the hype around amateur investing. In One Up on Wall Street: How to Use What You Already Know to Make Money in the Market, Peter Lynch shares a tale about a fireman from New England who invested in the company that became Tampax. He noticed that the company’s plant “was expanding at a furious pace. It occurred to him that they wouldn’t be expanding so fast unless they were prospering, and on that assumption he and his family invested $2,000. Not only that, they put in another $2,000 each year for the next five years. By 1972 the fireman was a millionaire.”

Getting rich quick sounds easy, right? Of course, the inconvenient truth is that an ordinary investor will find it very difficult to beat the market. By the time an investment idea has reached the ears of ordinary people, the optimum time to invest is probably past. By contrast, professional investors are much better resourced and are in a better position to ‘spot’ market inefficiencies. And they know when to sell.

But if books on investing don’t work, why do so many people read them? The researchers offer a psychological answer. This type of literature speaks to readers’ aspirations – they see themselves as the kind of dynamic, successful person who could play the markets and win. Instead of selling practical advice, these books are really selling a fantasy. And as vendors of fantasy, this genre actually has a lot in common with self-help and diet books, according to the academics who collaborated on the project. Maybe the curators of the library should look out for bigger premises – because history suggests our collective appetite for this sort of book shows no sign of waning, even though the results are nebulous. And squeezing humanity’s financial mistakes into an Edinburgh townhouse is a tall order!

Sponsors of Edinburgh’s Library of Mistakes 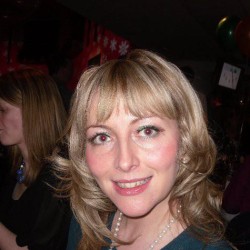 Kathryn Robertson
One of our full-time writers, Kathryn is based in the Glasgow office. Her interests include emerging markets, language and sustainability.