The Active Voice Is Always Better – Except When It Isn’t

Lots of company style guides stress the importance of using the active voice over the passive voice. In fact, it’s often enshrined as one of the cardinal house-style rules.

And usually this is a good idea, as business speak and business writing can be horribly littered with clunky passives when active verbs would be much more clear and decisive.

When the active voice sounds so much more, well, active:

But sometimes, there are sound reasons for using the passive voice and, with a little grace and elegance, it doesn’t have to sound clumsy.

If you’re talking about collecting vintage cars in China, for example:

Vintage cars are now collected in China sounds fine and puts the emphasis on the cars, so no need to turn it into: People now collect vintage cars in China.

If you don’t know who the subject of the verb is, the passive is the only way to express the action. That’s why crime reports and police files are bulging with the passive:

And if you don’t want to admit to being the subject of the verb, or don’t want to directly point the finger at anyone else, then the passive is your get-out clause. What good office politician would ever say: I’ve made mistakes, when he can wriggle out with: Mistakes have been made.

But it’s not all about ducking responsibility with the passive. It’s also about softening the blow or sharing the blame:

While we’re on the subject of passive, what exactly is ‘passive aggressive’?

Passive aggressive is the person in the office who will never openly say what’s annoying them. Instead they go quiet, becoming hostile, uncommunicative and uncooperative. They bang files down on your desk, sigh and roll their eyes instead of just telling you what’s wrong.

This person needs to abandon their passive ways, seize the active voice and get it off their chest: I’m really angry about this! 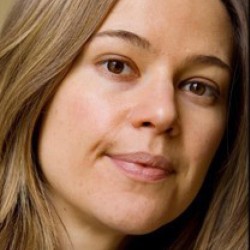