This is just one story of how we transformed the professional and personal lives of an investment writing team. The names have been changed to respect privacy but, otherwise, it’s a true story that shows the need for flexible support for investment writing teams, especially those with heavy fund commentary reporting schedules.

It was November 2012, and Stuart had only recently joined Copylab as our brand new commercial director. I was just starting to introduce him to my clients and connections in London, and we bounced into this particular boardroom bright-eyed with enthusiasm. In contrast, Jeff and Steve shuffled into the room, clearly stressed and under pressure.

As we settled into our seats, Jeff opened with a bored: “So, you guys write articles, white papers and marketing communications, right?”

This was meeting four out of seven for Jeff that day. Steve looked just as unexcited by the prospect of another agency pitch.

“Yes, we do all that,” I replied, “But we’re also really good at fund reporting. In fact, some of our asset manager clients are now outsourcing all their reporting to us.”

Jeff and Steve glanced at one other and sat forward together in unison, eyebrows raised. We’d hit a nerve.

So we talked them through our fund commentary service, which was already helping other investment writing departments that had been hurting at quarter end. Then we asked about the challenges Jeff and Steve were facing.

“One of our senior writers left and took all the knowledge with him. Now, we’re down to a team of three and they’re massively overstretched,” Steve explained.

“So how are you dealing with that?” Stuart asked.

Steve replied that some freelancers were brought in at the worst pinch points.

“They’re fine,” he said, “but that involves managing three extra people, so the in-house team works long hours and we’re still only hitting 60–70% of our clients’ deadlines.”

“And it’s frustrating” Jeff added, “because we want our writers to be writing articles and great content, not running themselves into the ground with reporting every month.”

After an hour of more digging into their challenges, we left Jeff and Steve and assured them we could come up with a plan to help.

The first thing we did was look at the existing workflow to get a feel for the reports, the timings, the process and the deadlines. Within two weeks, we had drafted a proposal to take over the management of the entire report writing process. Shortly afterwards, we were invited back in to meet the writing team we were going to support.

When the writers entered the meeting room, Stuart and I could see the scale of the problem. Michael, Amy and Sarah looked utterly exhausted. We were shocked and asked them to talk about their typical working day.

Amy piped up, “Well, Michael gets in at 7am and leaves around 9pm. But that’s not the worst of it: he never takes a break, and even eats lunch from the vending machine in the basement.”

Michael added, “Amy comes in from the south coast every day, and that takes two hours each way. And at quarter end, she often sleeps on a friend’s sofa because she can’t face the journey home.”

Sarah was equally strained by the unending long days at her desk.

This team was clearly in a bad place. We felt sorry for them, but we saw a real opportunity to help them too. We knew we had a plan that would massively improve their working and personal lives.

Within six weeks of our first meeting, we started working with the team. Our first two writers got started and began to lighten the load. This was a huge project, though, so we agreed to take nine months to carefully move the reporting workload over to our team.

By the end of the transition, we’d built a team of four writers on site and three more part-time writers based offsite. None of our team were working past 6pm, even during quarter end. We hit 95%+ of our reporting deadlines. And our flexible model meant the client was able to produce their reports with around 20% fewer days of resource.

As for Michael, Amy and Sarah, they immediately enjoyed the benefits of more time and the headspace needed to produce creative editorial and marketing content. As a result, the client was able to produce much more interesting material for its investors and improve client engagement. Perhaps best of all, the writers were able to enjoy a more normal balance between their working life and personal life – and vending machine lunches were banished forever.

A year into the new process, we had our regular catch up with Jeff and Steve to find out how it was going.

All the deadlines were being hit and more, not to mention better, content was being produced by the much more relaxed and creative in-house team.

That meant the world to me – I was so proud of the Copylab team that had helped to turn around a struggling process and made so many people’s lives better. As many of you who have met Stuart or me will know, we still use that line today – ‘we take the pain away’. Because it’s true.

Roll forward six years to today, and we still manage the fund commentary process for this valued client. And I’m proud to say almost all of the original Copylab writers are still involved.

I’d like to thank our partners – because that’s how we think of our clients – for their continued support of Copylab over the past six years. We look forward to being there with them for the next six years, and way beyond. 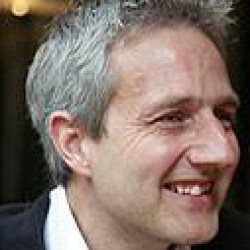